Just making some notes as I attempt to work through this book and start using recognised Design Patterns. 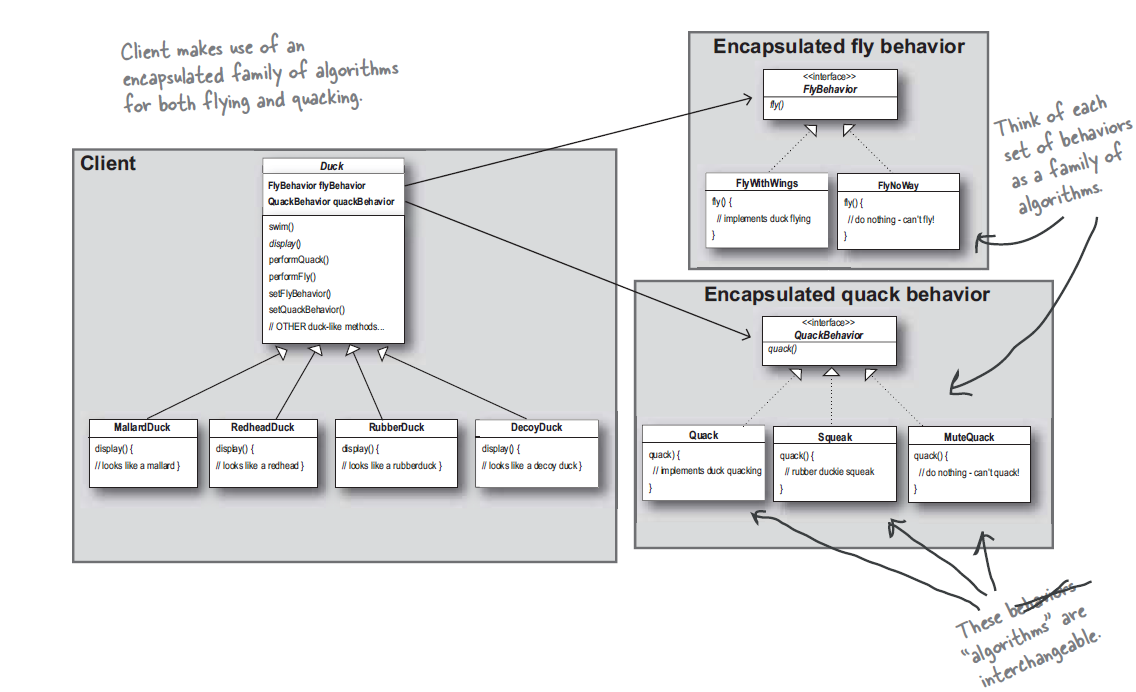 The Observer Pattern defines a one-to-many dependency between objects so that when one object changes state, all of its dependents are notified and update automatically. 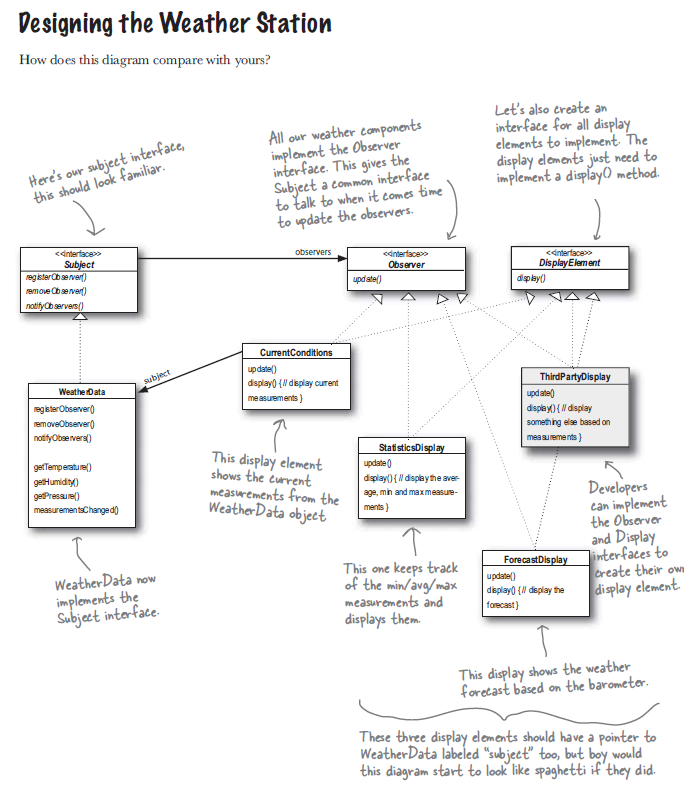 Decorate your classes at runtime using a form of object composition.

Example is zillion types of Starbucks all * with * different additions ** EspressoWithSteamedMilkandMocha **.

Identify areas which may change.

Decorators implement the same interface as the component they are going to decorate. Pg 95 the Decorator extends the Beverage class. 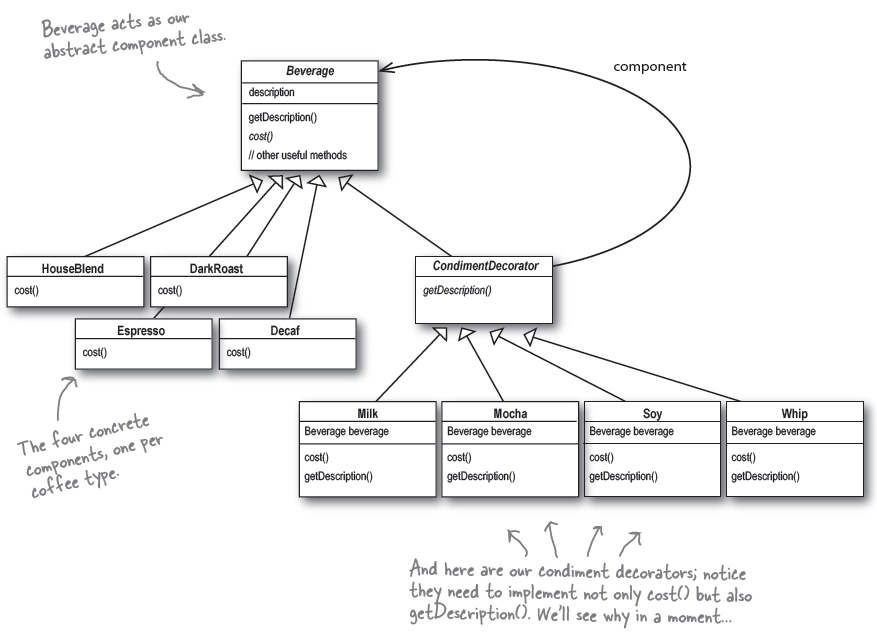 This is how you use it:

new - think when newing, is this better in a Factory?

Identify the aspects that vary and separate them from what stays the same. ** An object that just creates objects, other objects use this, when they need new objects = Factory. **

Got the simplw one working OK.

Tie the store and the factory together.

** Read over this chapter again **

Make an adapter so that a Turkey can be used like a Duck.

Basically just create an adapter class which sits between a client and adaptee and translates the requests.

Analogy home theatre, lots of tasks to watch a film. Facade Pattern takes a complex system and makes it easier by implementing a Facade class that provides one, more reasonable interface.

Facade will just have one method (watchMovie) which triggers all the sub tasks.

The Principle of Least Knowledge

“talk only to your immediate friends”

From a method in an object you can only invole methods which belong to:

1, The object itself 2, Objects passed in as a parameter to the method 3, Any object the method creates or instantiates 4, Any components of the object

CaffeineBeverage contains boilWater() and pourInCup(). Tea and Coffee extend and code for brew and add condiments is in them.

** The Template Method Pattern ** Defines the skeleton of an alogrithm in a method, deferring some steps to subclasses. Subclasses can alos redifine certain steps.

In the tea/coffee example, the Caffeine Beverage class calls Tea and Coffee, not the other way around.

State implements the behaviours that are appropriate for that state.

The class that uses these has a ** current state ** and when it calls the methods, the correct code for the current state is executed.

Proxies control and manage access. They stand in for the objects they are protecting.

Patterns in the Real World

A class should have only one reason to change.

** Code should be closed to to change, open to extension **

Identify the aspects of your application that vary and separate them from what stays the same.